The fact 101% of the people reading that title filled in the black with DRUGS is very telling.  It just goes to show that PED use is prevalent.  You would think that it would mostly be restricted to the Professional ranks, where any competitive advantage would lead to a bigger pay day.  However, this is not the case.  Let’s face it, we live in a society where alcohol, tobacco and illegal narcotics are used on a daily basis.  With the exception of marijuana (sorry Republicans), none of them have any particular health benefits other than numbing the senses to escape the world around you.

PED’s on the other hand increase your ability to do the things you want to be good at.  So why would it come as a surprise that the number of people that actually use them is several orders of magnitude more than the Average Joe might imagine?  Unfortunately the number of PED users is not the only thing that Mr. Average Joe is ignorant of.  Human beings are pattern seeking mammals, and are prone to labeling something, throwing it in a box and never thinking about it again.  That tendency is perpetuated by the information age that we currently live in.  If something wants to get our attention it better be something we can digest in 140 characters or less, be related to an adorable kitten, or be in some state of undress.  As a result, despite walking around with the culmination of human intelligence in our smart phone, the majority of people seem to choose speed and ignorance over careful study and actual KNOWLEDGE.

How does that apply to performance enhancing drugs?  Well you get people that think anabolic steroids are a magical elixir brewed by the Devil himself to destroy the integrity of sports and kill off every first born male child.  Of course these same people, with no personal experience whatsoever are fairly certain if they had just “cheated” and used steroids they would have made it to Pros themselves.  Unfortunately, once that delusional belief finally takes hold it’s not long before they are out in a field recording videos of their passing skilz, and claiming they could throw a football over a mountain.  I mean if you can convince yourself that one demonstrably false idea is true, then the floodgates open and you can believe all kinds of batshit insane things that make you feel better. 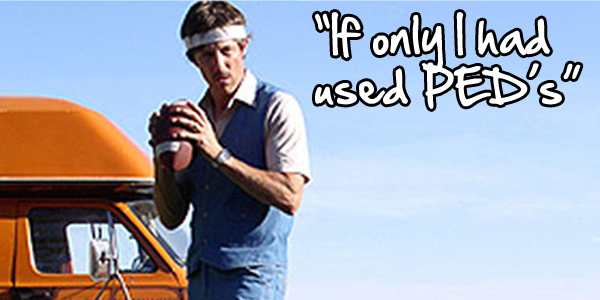 “How much you wanna make a bet I can throw a football over them mountains?… Yeah… Coach woulda put me in fourth quarter, we would’ve been state champions. No doubt. No doubt in my mind.” –Uncle Rico”

Here in my home town of reality it is fairly easy to see that this just isn’t so.  However, it is my personal belief that the bitterness caused by the aforementioned delusions are part of the vilification of steroid use by athletes.  That along with a healthy dose of propaganda from the medical community, and you have a general public that think that people are droppin dead from anabolic steroid use every day.  All I can say to that is “Show Me the Bodies…”

When you actually ask the anti-steroid crowd to produce evidence of all these deaths they don’t really have much to offer.  It is like any other “faith based belief”, when you convince yourself of something with little to no evidence then you are admitting that evidence doesn’t matter to you.  And whenever an athlete dies with steroids in his system (or is known to have used them at any point) then that is always one if not the top reason for their death as far as the media is concerned.  I honestly believe that if Mark McGwire died tomorrow of a snake bite, somehow his steroid use which obviously compromised his immune system would be responsible.  The rules of modern “journalism”…Don’t let the facts get in the way of a good story. 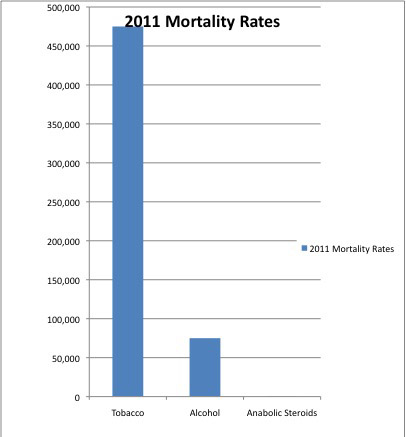 None of this is to suggest that anabolic steroids are necessarily “safe”.  If you have any kind of pre-existing condition then a substance that cause growth can exacerbate the situation.  As with anything else in life the safety of something is directly related to the person using it.  Guns are perfectly safe, in the hands of someone trained in gun safety.  Most people would consider hammers even safer, and yet hammers are responsible for hundreds of deaths each year.

Anyone that has read anything I write knows what a big fan of IRONY I am.  And the discussion about PED’s is rife with it.  I have to admit that I sometimes am bored enough to listen to sports talk radio.  And the local channel here is always getting into the anti-PED discussion.  Then when they go to commercial you find out that one of their sponsors is a local HRT Clinic.  In case you didn’t know, hormone replacement therapy is the legal way to use anabolic steroids and growth hormone.  All you have to do is convince a Doc that you have lost a little pep in your step, give them your insurance information, pay your deductible and BAM…suddenly PED’s are ok.  Apparently cheating death and the aging process is socially acceptable.  What is also funny is it is socially acceptable for doctors and lawyers to abuse caffeine and other stimulants to get through school and internship.  But a professional athlete that chooses to use PED’s to increase his job performance is EVIL?   Speaking of performance enhancement, how many guys die from Viagra use every year? 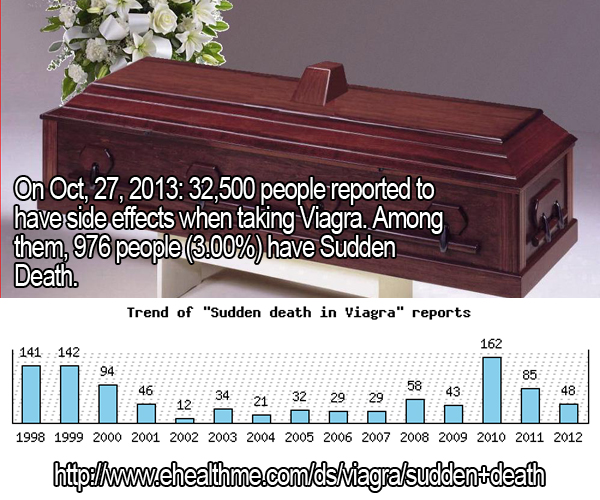 Now before you make the mistake of thinking that I am advocating cheating, please know that I AM NOT!  When you compete in a sport that says “doing this is against the rules”, and you do it anyway then you are by definition a cheater.  I am simply questioning the rules, and attempting to point out the inconsistency of the general public’s moral judgment.

Why are performance ENHANCING drugs illegal, while performance debilitating drugs such as alcohol and tobacco are legal?!

D)     The Myth of The Level Playing Field

If you answered anything other than E) All of the Above, I’m sorry but we have some wonderful parting gifts for you.  Obviously politics play a huge role in this equation.  Alcohol and tobacco companies have HUGE lobbying budgets, and are huge profit generating industries.  Unfortunately, there is no corporation that would stand to benefit if PED’s were legalized.  And make no mistake about it money makes the world go around.

Of course ignorance and misinformation play its part in this as well.  The general public, mostly due to apathy, is at the mercy of CNN and FOX for fair and balanced reporting on issues.  Again as I said before, if you aren’t really concerned with actual facts and evidence, then you will believe whatever story someone tells you.  Truthfully PED’s just seem to be one of those anomalies that gets lumped into the “Drugs are bad mmmmmkay” mentality of Joe Six Pack.

As much as all of the other reason have something to do with PED’s being illegal; I would argue that the myth of the Level Playing field is the most influential.  For some reason, especially in the United States people think that sports are somehow sacred, and that the records involved in these sports are the Holiest of Holies.

In some strange way I suppose it makes sense.  If sports fans didn’t have statistics and records to compare to other fans there would be no more sports hate and pissing contests.  And then *gasp* people would have to accept that sports are just ENTERTAINMENT just like movies and music.  As an aside, think of how ridiculous it would be if people got into drunken fist fights at movie theaters over who’s favorite actor was better.  See what happens when things are put into context.

The truth is that people have been using drugs of all kinds for the entirety of human civilization.  It is only recently that we have deemed some of those drugs illegal.  The “War on Drugs” has been an epic failure, and has not served to curb people’s use of drugs.  It has only served to turn law abiding citizens into criminals.  The same can be said for PED’s.  Athletes are competitive by nature, and to get to the very elite level you are always looking for a way to make yourself better.  The legality of PED’s have turned World Record performances into *Asterisks, and left a black mark on the athletes name.  Guess what, Mark McGwire’s homeruns STILL entertained you, and Lance Armstrong STILL raised HUNDREDS OF MILLIONS OF DOLLARS!  So is the problem the athletes, or the laws? 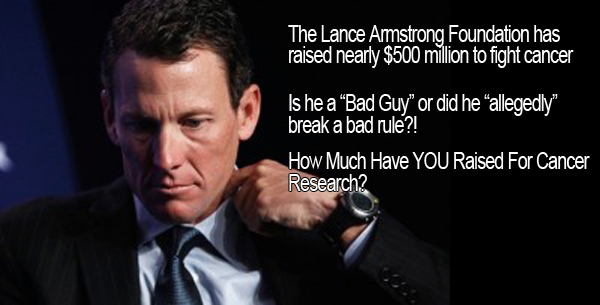 Many fans are opposed to athletes using PED’s, but they also want to see records being broken and they celebrate bigger, stronger, faster without the slightest bit of acknowledgement to the irony of the situation.  Don’t for a second believe that fans give a shit about the players.  They want to be entertained, and when the players get a little long in the tooth, they will want them put out to pasture.  So why wouldn’t a professional athlete dabble in PED’s to extend his professional career a year or two?!  How many of those same fans wouldn’t do the EXACT SAME THING if they had a chance to earn a couple Million Dollars?!

Another thing you will hear is the claim that they are worried about the children, “what about the children” they cry.  By that same logic, shouldn’t they be trying to get drugs and alcohol out of the music industry?  Wouldn’t society be so much better for our children, and for our future if everyone was a teetotaler with regards to all drugs?!  And since it is obvious that you don’t care about Pro Athletes once they get past their prime entertainment years, why exactly should the athletes care about being role models to YOUR CHILDREN?! 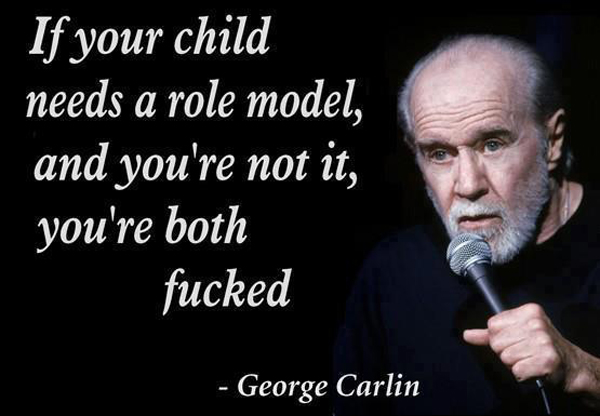 Here’s the thing, and you may not want to hear it, but if you honestly think that would be a good thing then be careful what you wish for.  You would have to put an *Asterisk next to the majority of the past 100 years.  There would be no more records broken in your lifetime, and the music industry would suck worse than it already does.  Again I am not sayin that athletes should cheat, they should not.  I am suggesting it is hypocrisy of the highest order to make PED’s illegal (unless they are part of HRT..thus proving their medical benefit) while alcohol and tobacco are legal.

My point is NOT to advocate PED use.  My point is to advocate education.  If you think PED’s (or any drug for that matter) should be illegal then you should have solid reasoning behind it.  If your only reason is FEAR of what might happen if they were legal, then really is that even an argument?!  If you are afraid of “what might happen”, then shouldn’t you be outraged at what IS happening with regards to alcohol and tobacco.  You seriously are stepping over the bodies of hundreds of thousands of people that die each year from alcohol and tobacco abuse to try to find one or two people that might possibly have died from steroid use.  This kind of inconsistent moral outrage, and the hypocrisy is staggering to try to comprehend.  I will close with the my question from earlier, and I welcome all different points of view…

Why are performance ENHANCING drugs illegal, while performance debilitating drugs such as alcohol and tobacco are legal?! 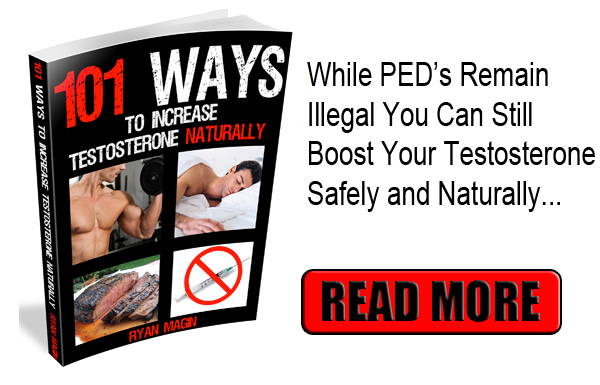