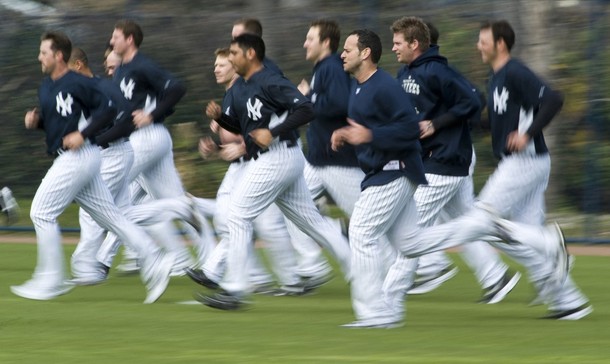 Keep Working on that Endurance...

I recently wrote about jogging, and how it did nothing to prepare an athlete for an anaerobic based sport.  Strength Coach Joe Meglio (from The Underground Strength Gym) echoed my sentiments in his own article, and went on to point out how it applies to pitchers.  Running polls to condition a pitcher for the endurance necessary to throw 7-9 innings is a misguided effort.  Of all the major sports, baseball seems to be the one that is the most resistant to change.  It’s a fine line between being a traditionalist and just being close-minded.  This is especially true when it comes to the topic of strength and conditioning for sports.  It is hard to argue with the fact that modern era athletes are bigger, stronger, and faster than their predecessors.  And despite Mr. Baseball’s words to the contrary, this includes baseball players.  So if athletes are so much better than they were in the past, what happened to the complete game?  Why can’t the modern pitcher finish what he starts?  Did you know that as recently as 1974 the percentage of complete games was 28%.  Just ten years later in 1984 the percentage was cut almost in half to 15%.  Contrast that with the 2009 MLB season where that percentage hit a new low of 3.1%.  Does that sound like progress to you?!  Me either. 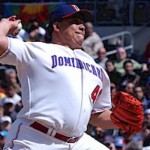 I know there are many factors at play here. The 5 man rotation, the new prominence of “The Closer”, and even the invention “The Setup Man” have effected starter’s innings.  More specifically expansion has completely diluted the pitching ranks.  Very rarely do starting pitching staffs have more than 3 quality starters out of 5.  Case and point, the NY Yankees were so desperate they threw enough money at Bartolo Colon to convince him to put his competitive eating career on hold, and give up the glitz and glamour of the Mexican league to come to Spring Training.  If the Yankees of all teams are looking at 37 year old, 300lb men that haven’t pitched in the league since 2009, what does that tell you about the talent that’s available?  Maybe I should drive down to Tampa, and see if my 85mph “heater” can wow some people.

Now it’s hard to know if fewer quality starting pitchers have increased the need for a good bullpen, or if pitchers that in the past would be starters are now being converted to relievers.  Either way, just look at the top pitchers in the Major League.  CC Sabathia threw a total of 10 complete games in the 2008 season for the Cleveland Indians and Milwaukee Brewers, becoming the first pitcher to reach double digits in a single season since Randy Johnson threw twelve complete games for the Arizona Diamondbacks in 1999.  In the 2010 season, out of roughly 150 starting pitchers in the majors, only 35 pitchers had ONE COMPLETE GAME!  WHY?! 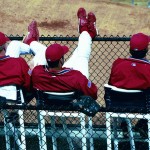 Stay awake boys, you're on the clock

With all the advances in training and science, why are pitchers logging fewer and fewer innings?!  Quite simply, it is caused by the pitchers ever decreasing “workload”, and I use the term work lightly.  Consider the fact that it takes an average of 3 seconds to physically throw a pitch.  And for some reason Major League clubs, despite evidence to the contrary; have accepted that the human body can only throw 100 quality pitches in a game.  Add in the two 50 pitch bullpens, for a total of 200 pitches every 5 days.  Do the math, those 200 pitches equal roughly 10 minutes of actual physical exertion over the course of 5 days.  Combine that with their completely senseless running of polls for endurance as well as other conditioning work, and a starting pitcher does less work in a week than a manual laborer does in an hour or two.  See why the term workload amuses me?!  And then very smart baseball minds wonder why pitchers fatigue in games, and late in the season.  That same pitcher, barring injury will hopefully get 34 starts during the season.  In those 34 starts he will hopefully throw 100 pitches.  That’s 3400 pitches.  Add in the two 50 pitch bullpens between starts, and you have 6800 pitches.  If each pitch takes 3 seconds to complete, a typical starting pitcher will do 5.5 hours of actual game time “work” for the ENTIRE SEASON.

So what is the answer?!  How does any other athlete increase their abilities?  They practice more.  After a particularly disappointing loss, Kobe Bryant recently stayed after the game to practice his shooting.  He shot, and shot, and shot.  He kept shooting until they turned the lights out.  So why do pitchers only throw 100 total pitches between starts?  We all realize that the overhand throwing motion is completely unnatural; pitch counts and bullpen limits have been put in place to reduce arm injuries.  So what happens when the arm injuries continue?  Do we drop the pitch counts even more, and eliminate bullpen sessions all together?!  In 1974 Nolan Ryan pitched a 13 inning game and threw over 200 pitches.  Surprisingly enough his arm didn’t spontaneously combust, and he pitched for another 20 years after that.  Now obviously your first reaction is that Nolan Ryan is a freak of nature that still could bring the heat well into his 40s.  There may be something to that.  He also was one of the hardest working, best conditioned pitchers to ever toe the rubber.  John Kruk aside, aren’t all Professional Athletes freaks of nature to one extent or another?  Japanese pitchers routinely throw 100-150 pitch bullpens.  Matsuzaka turned heads when he first came to Boston throwing 100+ pitch bullpens.  Even Korean little leaguers typically throw 200-400 pitches a day.  That’s right, a day and they aren’t getting millions of dollars to do it either.  Are we to assume that the far East consists of freaks of nature?  I know that’s where Godzilla came from, but I never saw his fastball. 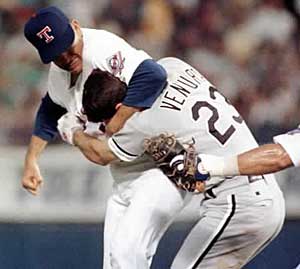 Baseball is all about history and numbers, and the numbers show that the human body is capable of throwing a baseball more than 200 times in a 5 day period.  There even is modern proof of this in other parts of the world.  So why have Major League teams imposed these limits on pitchers?  They want to prevent injury, and get a better return on investment from their high dollar arms.  It’s a noble goal, so why are the best and brightest conditioning/pitching coaches doing it wrong?!  Are they really that afraid to rock the boat?  With the invention of youtube and flipcams, pitching coaches don’t even have to hop on a plane to see pitchers all over the world throwing 2 to 3 times as many pitches in a week as our stars.  Do you really think that El Duque and all the other stars from the Dominican Republic, with questionable dates of birth, thought the best way to get off the island was to only throw 200 pitches a week?!  Doubtful. 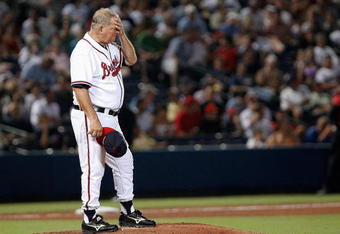 I'm too old to keep making this walk..I Quit!

It seems counterintuitive, but pitchers should throw MORE to prevent injuries.  Limiting workload for pitchers actually diminishes the capacity of their arm.  It is similar to a weekend warrior that plays half court basketball twice a week, and then tries to run full court.  They are gassed pretty quickly, and are more likely to pull a muscle in their exhausted state.  If they were actually in shape to run full court, then it would be no problem.  If pitchers increased their pitch count between starts, and actually got their arms in shape…the game itself would be no problem.  Instead of 100 pitches between starts, they should build up to 200 to 300.  How much better shape do you think their arm would be in then?  Even if you left the game pitch count in place, after throwing a couple 100 pitch bullpens; the 95th pitch in their game would be a lot crisper. 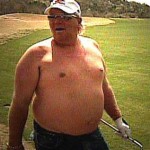 With all the reduction in workload for today’s pitcher have injuries really decreased that much?  With spring training in full swing it seems like every day we hear about another pitcher getting hurt.  Even the casual fan has heard of Tommy John Surgery at this point.  As Americans we are prideful, and we believe that Major League Baseball is the best baseball on the planet.  Case and point, it’s called the World Series even though only two countries are represented.  Ok only one; since we all know Toronto hasn’t been relevant since Joe Carter stuck a dagger in Mitch Williams heart.  So if MLB is the best of the best, then why are our pitchers the worst conditioned athletes in sports?!  Ok ok, second worst, I saw John Daly hitting golf balls with his shirt off too.  Pitchers are the worst conditioned athletes because they do the least amount of work.  Their workload is similar to that of a weekend warrior, and we all know weekend warriors are good at two things….drinking beer, and getting hurt.  Not to mention watching NL pitchers try to hit is like watching a baby giraffe being born.  What do these guy do all day at “practice”?!

Pitching generally wins championships, and major league clubs are always desperate to find quality arms.  I know that expansion has depleted the talent pool, but perhaps the lack of good arms is a direct result of organizations not developing them properly.  Baseball pitchers are unique in that they generally only play every 5 days.  There is no reason that they cannot increase their work capacity DURING the season.  The baseball season is long.  It is extremely difficult to get into shape that will last into October and hopefully November in just a few weeks during the spring.  Unfortunately, positional players can’t really do much about it, they are playing every day so all their baseball workouts can try to do is maintain.  Bats get tired as the season drags on.  Starting pitchers should get stronger as the season goes on.  They pitch just over once per week.  Major League pitching coaches need to realize that by limiting the pitchers workload they are limiting their work capacity.

If you want to see less arm injuries and better pitching in the Major Leagues, pitchers should throw MORE, not less.  Throwing two 50 pitch bullpen between starts is not the answer.  That would be like running a mile on Monday, a mile on Wednesday, to get ready for 3 miles on Friday.  It doesn’t make sense.  It is time for pitching coaches to open their eyes to the world around them, and realize there is a better way.  Increasing pitchers workload will in turn increase their work capacity.  They will be in better shape to perform the task at hand.  Athletes in better shape get injured less.  If every Major League pitcher double or tripled their practice pitches between starts, how much better would they become at their craft?  How long before there were enough quality arms to accommodate baseballs expansion?  Current Major League pitchers are capable of this incredible workload right now; if baseball could get over its fear of progress.  So why are they reluctant to change?  Baseball always has been stubborn.  All I know is that if you want to get better at something, less work is never the answer.

Just Say NO!! To Jogging…