For those of you familiar with the traditions of Festivus, you will obviously remember the “Feats of Strength”. Now while I personally think the airing of the grievances is a much more rewarding custom, the FOS definitely are not without merit. And quite honestly, I think if more Strength and Conditioning coaches embraced them, we would be turning out much stronger athletes. 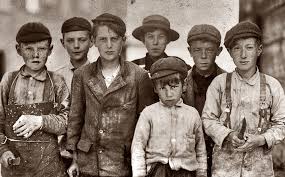 Part of that is a direct result of our evolution, if you believe in that sort of thing. We no longer have to hunt down our food, or risk getting eaten by dinosaurs. Then again neither did the athletes of the 50’s and 60’s, and they didn’t appear to be total punks like the kids today. They grew up in a time where no one wore helmets, kids played in the street, and if you started to bleed you just rubbed sand in it. Surprisingly enough we managed to survive. While today’s primadonas spend all day inside in the AC trying to fight off pattern overload of their gamer thumb. Underground Strength Coach Zach Even-Esh was the first to coin the phrase was, but “The Pussification of America” is a very real phenomenon. Training methods have improved, but athletes never really test themselves. I think that any comprehensive strength and conditioning program should address mental toughness as well.

One of the ways to do this is to incorporate strongman exercises into their training. Strongman training has a direct carry over to sports. Unlike the linear movements of the traditional workout, strongman training involves lifting odd shapes things in odd ways. Gravity puts up a much better fight when you take the handle off of things. Rather than create perfect world strength it embraces the chaos. It develops both physical AND mental strength. There is absolutely no way to half ass a 600lb tire flip, or to comfortably carry a 150lb keg filled with water. When loading stones you are going to get bruised. It’s not a matter of IF you will lose skin, but how much. It’s going to hurt, it’s going to be uncomfortable, its going to make you want to quit. But that’s the point. It teaches channeled aggression, and the ability to endure.

That brings us to the finisher. If you don’t know what a finisher is, I am not quite sure how you found this site. Finishers are a great way to get even the best athlete out of their comfort zone. There are times in the gym where a competition will turn a barbell movement into a finisher, but I believe that for the sake of athletes finishers should be used with relation to conditioning. Prowler sprints, hill sprints, carrying and/or dragging something for long distance (a mile), are all good examples. Basically anything conditioning related that makes you think you are having a heartattack, need to puke, or beg for death is a good finisher.

I believe that finishers should be a regular part of an athletes program. Now by regular I don’t mean at the end of every workout. I also don’t mean they should be done once a year like the Festivus Feats of Strength. Finishers should be used consistently yet sparingly. Once or twice a month without any rhyme or reason throw a wrench in your training system, and test your athletes mental toughness. Not only will this type of training increase your overall level of strength and conditioning, it also will give your athlete’s a mental edge. Do you know how much easier the field of play will be after simply enduring this training?