Just Say NO!! To Jogging… 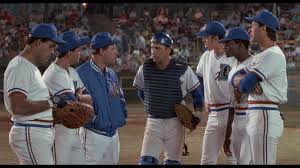 When was the last time you saw one of your favorite professional athletes jogging during a play and were excited about it? Ok, Albert Pujols fans put your hands down. There are always exceptions to any rule, and in this case the “Homerun Trot” is one. I was thinking more along the lines of Randy Moss, and other players known for “taking plays off”. Truth is most major sports are a series of short bursts of activity, and then a quick recovery. I know baseball players do a LOT of standing around and scratching themselves, but when they actually have to move, they move quickly. That is why explosive movements are so important in strength and conditioning for sports. Think about this, the average football play lasts 5.5 secs and the average recovery between plays is just over 30 secs.  So why exactly do football coaches have their players jog back and forth the length of the field?!  Distance runners aside, jogging has little to no carry over to the field of play.

This my call to arms for all coaches..Stop The Madness!! Just say no to Jogging, and yes to Sprinting!!

So what’s the big deal? Why am I so adamant about getting coaches to stop jogging? Where do I begin? While it may not be as much of an issue for younger athletes, think of the impact on your joints and bones. The two strides are very similar, however with jogging the extended duration of the activity increases the impact tenfold. Youthful ignorance usually helps most high school kids avoid joint problems.  Even so there is a cumulative effect, and sooner or later this impact will cause issues.  This is in no way limited to athletes.  Can you imagine the amount of impact on the knees of your average, overweight, middle-aged gym goer that uses jogging as their means of getting in shape?! The math is literally staggering. No wonder so many people have aches and pains and eventually give up when their ineffective plan proves to be just that.

Need more convincing, have you ever looked at distance runners? I don’t mean the previously mentioned New Years Resolutioners that take up jogging to lose that last 45lbs before swimsuit season. I am talking about professional distance runners. These people jog for a living basically. They are in shape somewhat, but unless they are from the country of Kenya, their bodyfat percentage can be higher than you might think. Many of them are “skinny fat”. Their body have become very efficient at running at a steady pace, and added muscle mass is a hindrance. Compare that to the body of a sprinter. Sprinters are lean, muscular, not to mention FAST! Isn’t speed a requirement of most sports?! “Bigger, Stronger, Faster”…yep there it is on the list. 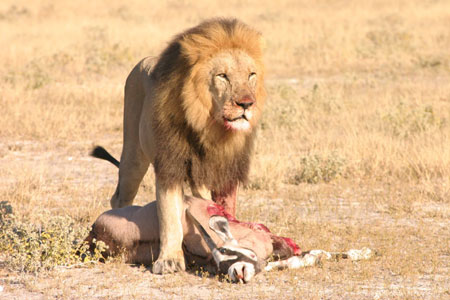 The other two qualities on that list are bigger and stronger. You lose much more muscle running long distances than you do with short sprints. Sprinting actually tells your body that you are going to need that muscle in the near future, and to find a source of fuel elsewhere.  Athletes spend all offseason putting on size and strength. They kill themselves trying to gain every ounce of muscle that they can. So why would their coaches make them jog for long distances and strip that muscle off before the season gets started. The season itself does a good job of breaking a player’s body down. Why add to that fact by spending the preseason jogging?!

For any football coaches reading this, here’s a pop quiz for you…which guy would you rather hand the ball off to?

So why do coaches do it then? Perhaps, because that’s the way they used to do it when they played, if they played?! Maybe because that’s what all the other coaches are doing?! Coach’s think they have to get your “cardio” in, whatever that means.  They think their athletes need to increase their aerobic capacity to compete in anaerobic sports.   That just shows they don’t understand the different energy systems, or the requirements of their sport. I see high school wrestlers jogging miles and miles, how long does a wrestling match last again?! Jogging teaches you to maintain a even pace. You keep your heart rate elevated for 30 minutes to 1 hour or more. However, how many sports are played slow and steady?! When these athletes that have “done a lot of running” in the preseason get in game situations, and their heart rate is completely erratic they are going to struggle to adjust.

Do you think he can catch a football?!

It’s ironic that coaches always admonish players that don’t hustle. Yet they still use distance running in their training program. Not only is jogging used as a conditioning tool, but also serves as a form of punishment. If I only had fifty dollars (inflation) for the number of polls I had to run back in high school. Truth be told, I think coaches use jogging to kill time, when they run out of other things for their players to do. They have to make them sweat, and look like they worked hard, so they can validate their job title. Unfortunately, your parasympathetic nervous system’s response to physical exertion is not always a good measure of hard work. As much as I dislike the phrase “sports specific” I suppose it applies here. You conditioning work should always reflect game situations. Since there are only so many hours in a day, time should not be wasted learning to jog, on the off chance that the opportunity presents itself in a game. Hard work is good, smart work is better.