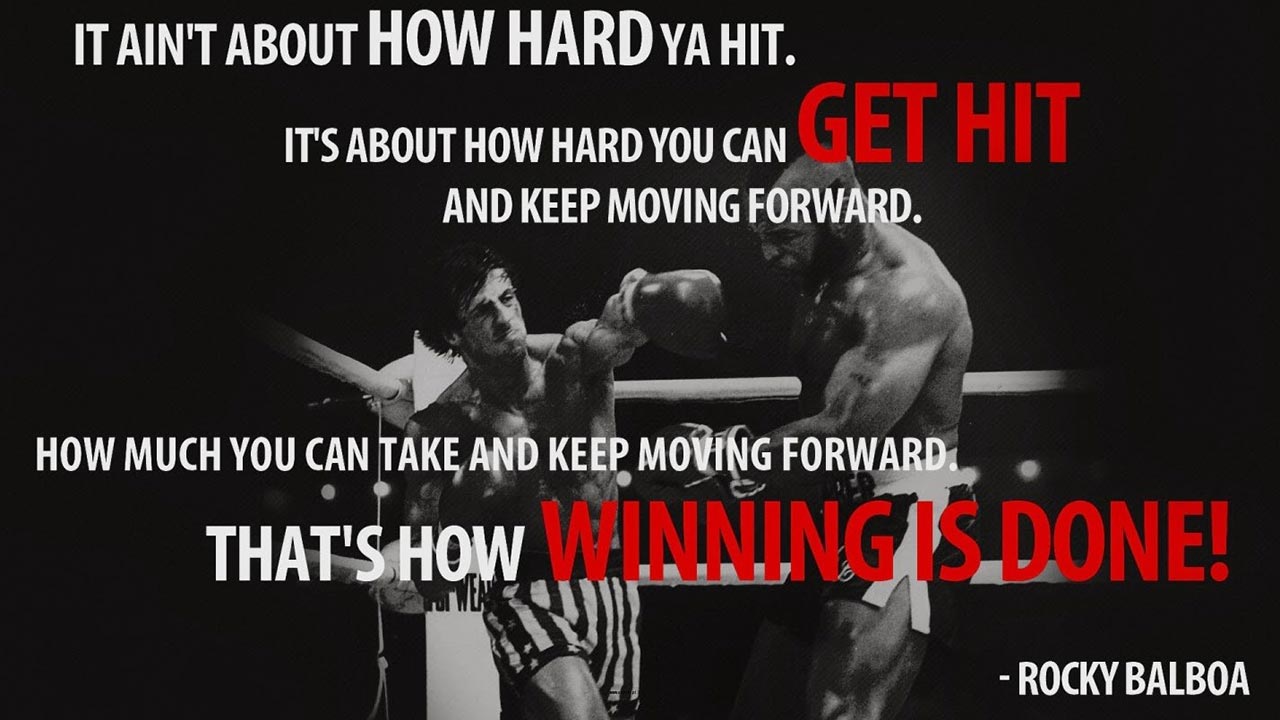 In so many different aspects of life we tend to get caught up in the minutia and miss the bigger picture.  Unfortunately this often happens to our training as well.  The truly tragic part is that usually when we engage in this habit we think it’s a good thing because we are so focused.  Make no mistake, focus, much like a gun can be a highly effective tool, or it can be dangerous depending on how well you aim.

So let’s say that where you currently live in your fitness journey is Miami.  And your ultimate fitness goal is to make it to Chicago.  Miami to Chicago..why anyone would want to do that is beyond me, but I guess in that sense it is much the same as how the general public regard people that train hard..it’s not normal.  In fact Chicago to Miami is much more of the norm so I believe it make my hypothetical (headed against the grain) even more apt.  Not only that, but I would submit to you that normal should never be a goal.  Now if you are going from Miami to Chicago, you might think you want a map.  You want to plan the most direct, fastest (easiest) way to get to Chicago.  That is a perfectly logical thing to do.  However, the problem we often run into is we sit in this hypothetical Miami planning the trip, and then planning it again.  So years go by and you have only made it to Orlando.  Now don’t get me wrong Orlando is nice, and it’s in the right direction, but considering all the time and effort you put in you really wanted to be a LOT closer to Chicago by now.  I would say take heart, since many people never leave Miami, they just get stuck on the planning treadmill and get frustrated dreaming of Chicago.

Here is the thing that many people miss.  If you are in Miami and want to get to Chicago, what is something you already KNOW?  You know beyond a shadow of a doubt that the quickest way to get there is to GO NORTH!!  Think about it for a second, you KNOW where you want to go.  While your individual destination (hypothetical city) may vary, you already have a very clear picture in your head of what your destination (success) looks like.

“So you have no frame of reference here, Donny. You’re like a child who wanders into the middle of a movie and wants to know…” –Walter Sobchak-

I think this is a major step that many people either skip altogether, or they have some uptopian city in which they think they live and they ignore the feedback from the mirror, the scale and the squat bar that says they are wrong.  For some reason, myself included we often times shy away from being self critical.  Before you worry about your goals you first need to assess where you are starting from.  If you look in the mirror and think you are “A few situps away from Major Studdom” but you look like Homer Simpson then how long do you think you will stick with a training program before you get frustrated and quit because it is taking too long.  To go back to our hypothetical journey, if you want to get to Chicago and you think you are already in Joliet, IL then your expectations on how long it will take are completely delusional.  BTW…if you do happen to look like Homer Simpson then you should probably be tested for Jaundice and go ahead and cut those 3 hairs…you aren’t fooling anyone.

So now that you know for a fact that you are starting from Miami, and accepted that it is going to take an appropriately long amount of time to reach Chicago now what?  That brings us back to trying not to get overwhelmed with details and JUST GO!!  As we already discussed, you KNOW the fastest, most direct route is to head NORTH.  It really is as simple as that.  Since you know that North is the way to go, why would you waste time studying maps (training articles) when you already have a general idea of the direction you should take.

Truth be told, if you are as far from your goals as we set up in this scenario then ANYTHING you do will work as long as it is headed in a Northern direction.  The sad part is many people again are so caught up in the planning and the map, that if they find something that says going South is the fastest way from Miami to Chicago they might try it.  They might convince themselves that since this idea contradicts what we know it must be some cutting edge breakthrough idea that includes some kind of wormhole to bend space and time.  And while that is possible, the reality of the situation suggests that heading North from Miami to get to Chicago is the most optimal route.

Many people, despite knowing that North is the way choose to keep trying to find a shortcuts.  There is “8 weeks to this..” and “12 weeks to that…” and once none of those shortcuts work they are right back to heading North, only now they are 20 weeks behind schedule and frustrated.  Later on down the road they usually realize that it’s quite possible that the controversial map was just created for hype, and to sell more maps.  The really sad part is that in this day and age the cartographer that created the controversial map may have never been anywhere near Chicago in the first place.  His map was just as hypothetical as this entire situation and he just saw an opportunity to cash in on your desire to avoid the slow and steady path of hard work. 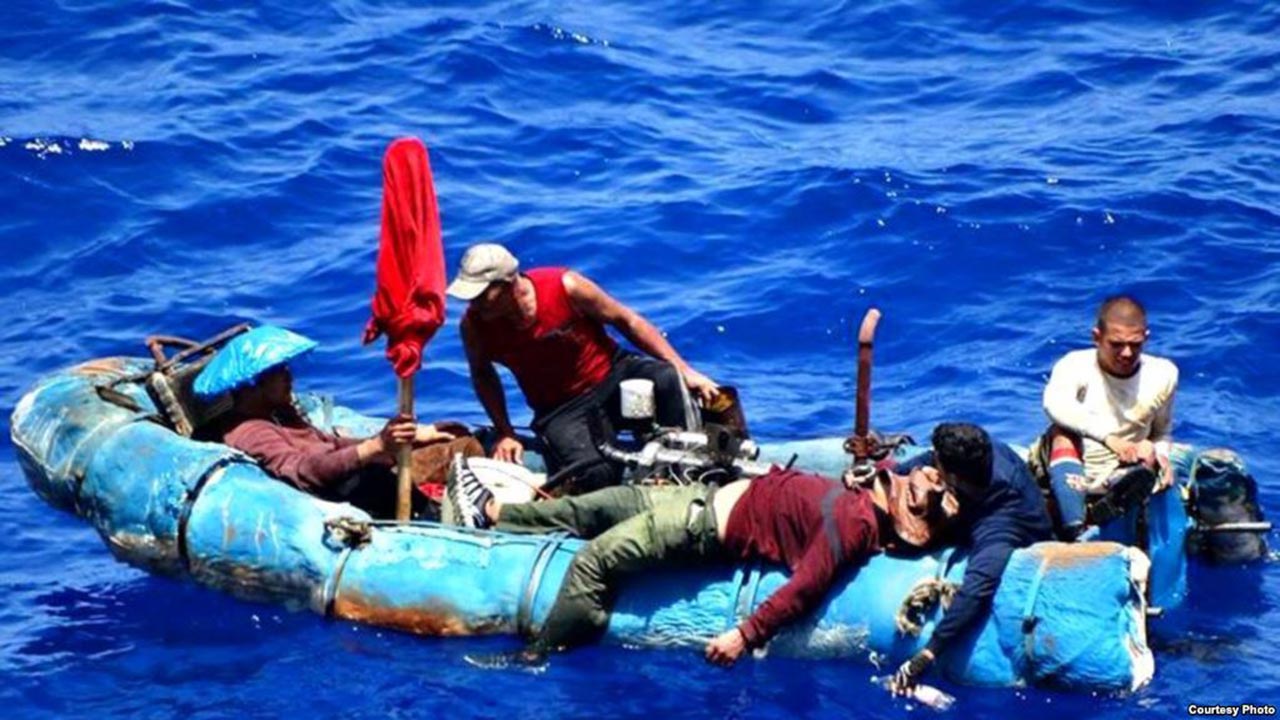 For the record, you know what happens if you decide to listen to some random “guru” and head South trying to circumnavigate the globe to find a shorter route to Chicago?!  You will more than likely run into people that started off even further from Chicago than you were, and when you pass them; despite the fact that they have all their humanly possession strapped to a floating door and all they have is a broken oar with which to paddle…you can be sure of one thing…all things being equal (and they never are) they will more than likely get to Chicago before you.  They started from further away, chances are they don’t have a perfect map either, they just know they didn’t want to live where they were so they did something about it.

So while you are floating around in the Bermuda Triangle of new found training ideas, and cutting edge theory; other people are just putting their head down and headed in the direction that everyone else that’s ever been to Chicago has gone.  If you have read my writing before you KNOW that I am not promoting the idea of Conformity at all.  I honestly hate the concept of it.  You don’t have to follow the exact path as everyone else, and truth be told the closer and closer you get to Chicago you might find a nice suburb that you never knew existed and be quite happy there.  You might even decide that Chicago isn’t where you want to be at all, and reassess your goals.  It is ok to look for a more optimal route.  It is ok to try to find the on-ramp to some new interstate that was just built with higher speed limits.  You should always be looking for a new map that is perfect suited for you specifically.  My point is to simply look for that optimal route while you are already headed in the right general direction.

That’s why very basic plans such as Wendler’s 5/3/1 are effective.  Ever wonder why “old school” training still works, because it’s hard work., and hard work is always the key to success.  In the Miami to Chicago hypothetical, Wendler’s plan is a 1977 Ford F-150 covered in rust and bondo.  It has a brushguard, a winch and a tank full of gas.  And honestly for 95% of this journey that is all you need.  Just keep the tank full, load up the bed of the truck with attitude, and put your foot on the gas.  It isn’t pretty, it’s going to take some tinkering to keep it running, but it will get you really close to where you want to go.

Now once you get within a few miles of Chicago’s city limits, then you might want to trade in your rust bucket for something a bit more surgical.  You may need a slightly more specific conveyance such as Chris Barnard’s Athlete Built Program, or you may need to give John Meadows or Julia Ladewski a call and have them guide you that last 16 weeks of your journey.  However, at the end of the day, the most important thing is to be honest with yourself about where you are, know where you want to go and head in that direction.  Just accept that it will probably take longer than you WANT it to, but if the destination is worth it to you then time is somewhat of an irrelevant factor.

Now get that piece of shit on the road and step on the gas…and KEEP MOVING FORWARD!