Ok, Ok I did that thing again where I used a hyperbolic title to get attention. Of course “some” people care how much ya bench, just not as many as you think. Sure your mom will pretend to care when you tell her you set a new PR, but she likely has no idea what you are talking about and is just being a mom. Your friends may pretend to be impressed, but they don’t know the difference between a 300lb bench and a 700lb bench. If you are lucky enough to have good training partners then they will care as they attempt to motivate you to do better.

Then there is you. Aside from yourself, why would anyone outside of that list care about your bench? When you actually take a second to think about it, it is reasonable to think that you yourself care more about your bench than anyone else. It stands to reason that would make sense. You are the one in the gym bustin’ your ass to try to get stronger. Why would anyone else care more about it than you?

The truth is, there is one group of people that care about how much ya bench more than you do. This group hangs out a lot on the internet and spends hours upon hours arguing about bench pressing. They spend so much time online that one wonders how they have enough time for their own training. That group of people is called, “people who bench less than you.”

In case you are wondering what sparked this topic I recently joined a Bench Press Group on Facebook. I enjoy witnessing feats of strength, and I am always looking for more information about improving performance in the big three. Unfortunately for me it quickly became obvious that online Bench Press Groups may not be the beacon of knowledge and human performance that I had hoped. Instead of gleaning new insights into one of the classic lift, most of what I read was a constant rehashing of the same pointless arguments.

Now if you want to get technical, virtually all arguments online are pointless. Everyone is just looking to land a quick jab and enjoy the resulting hit of dopamine without actually having to exert any real intellectual effort. With social media “discussions” nothing seems to ever be resolved, and they tend to end up in an exchange of ad hominem attacks regarding one’s mother’s sexual prowess.

The thing that fascinated me was that it was weaker people, the ones in the “people who bench less than you” group that tended to be the aggressors. One of the best examples is a couple of exchanges between my friend Brian Mincher and several members of “PWBLTY”. Brian is a Master Lifter and bench 771.6lbs @ 198 at the Ronnie Coleman Classic in 2019. In his case the “PWBLTY” Group emcompasses the vast majority of humanity, especially in the 198lb class.

Brian is the kind of guy that if you want to get strong at bench pressing you should listen to him. He definitely helped me with my bench almost 20 years ago when we trained together. But instead of people listening to what he had to say (there were a few that did) I couldn’t help but notice how many people were criticizing his form, making suggestion on how he could bench better, or simply calling him a cheater for using equipment. It was like a train wreck that I couldn’t look away from.

It stands to reason that competitive powerlifters are the best benchers. I know, I know, “Thanks Captain Obvious.” If we accept that competitive powerlifters are the best benchers, then wouldn’t a guy with a Top 10 Bench be worth listening to? One of the reasons I have had so much trouble writing this article is that I cannot wrap my head around the kind of mindset it takes to look at someone at the top of the game and instead of being inspired feeling the need to criticize and critique. Here is another example:

Training with 8 (yes, Mr. Gubmint man, exactly 8) other folks who still wanna get strong in all this craziness and hit a PR in the process.

This is a 616lb X 2 in a BenchDaddy that Brian posted in the same group. And while there were a few encouraging reactions, they were overshadowed by crybabies calling foul. One genius claimed that his leg placement was horrible and he “coulda press that weight a lot easier with proper leg drive”. Seriously?! Don’t people realize how ridiculous they sound when they say things like that? Is it some kind of tourettes where they cannot help but try to point out a perceived flaw to make them feel better?

'You are a better bencher than me, but here is what's wrong with your bench press form' -Internet Form Doctors- Click To Tweet

Can you imagine some idiot fan that got to interact with Lebron James or Stephen Curry and instead of simply appreciating their performance they rip into their performance and suggest that Bron “woulda gone for 50 if his shooting elbow was point in the right direction”. I was about to suggest that if there was a Football Discussion Group on FB that NFL players frequented there wouldn’t be weekend warriors critiquing Brady’s throwing motion. Now that I think that through, it is exactly what would happen.

Why? Why are people like this? I think it happens more so with something like Bench Pressing because it is more accessible. Everyone, for the most part has access to a bench if they want and can test themselves against the best of he best. But then when they take that test and are left wanting why can’t they use it as motivation. Why do some feel the need to explain why the master isn’t really that good anyway. The more of these questions that I pose the more rhetorical they seem to sound. While it is a discussion for another day, this is likely why the “Raw Vs Gear” argument continues to rage on. 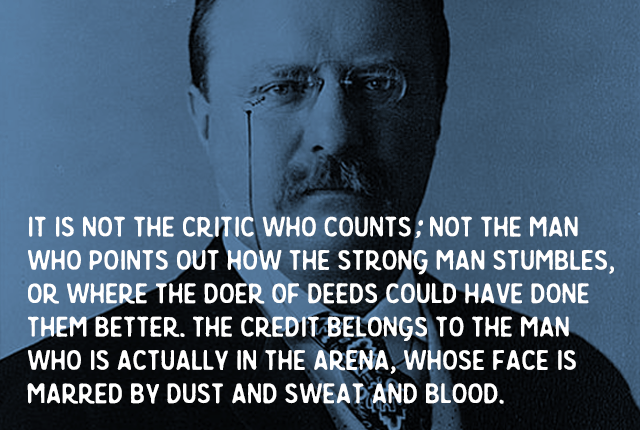