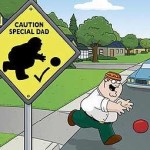 I work with a lot of high school athletes, and one of the joys of that is dealing with their parents. From my experience there are two types of sports parents. The first group (otherwise known as my favorite) has their child’s best interest at heart, and search out professional assistance to help their child’s performance. Then there is the OTHER type, the ones that are living vicariously through their children, while still regaling their friends with stories of how they “Once scored 4 TD’s for Polk County High.” 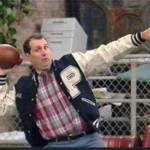 Can I get a WHOA BUNDY?!

The first group is a treat to work with; they have done their homework and choose you on your ability as a coach. They trust you. Much like they wouldn’t tell a Doctor how to perform open heart surgery, they do not tell you how to program the training for their child. Unfortunately, they seem to be as rare as a unicorns,and true fiscal conservatives in government these days.

The OTHER type of parent is surprisingly easy to find, better yet, if you are a strength coach they will find you. As an added bonus, they already know exactly how you should train their little superstar, so it should be easy money. RIGHT?!

The strange part about this group of parents is that it is almost if they are clones. They all seem to be struck from the same somewhat annoying mold. In the last few years, the initial conversation is almost exactly the same. I have considered taping my response and just playing it back for the next prospect. Would that be rude?! Perhaps, but I doubt they would notice. They don’t really want to hear what I have to say anyway. They just want me to hear what they have to say.

Inevitably, one of the first things to come out of their mouth right after “How much?!” is some variation of “Sports Specific Training”. They want to make sure that I know how to train {insert specific sport here}. While that seems like a good question, in all honesty it depends on their child’s current level of conditioning whether or not it is a relative one. 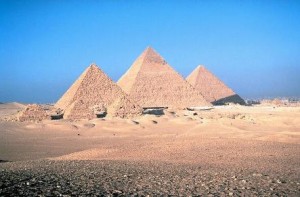 A STRONG Base is the Key

All sports require a certain level of strength. And until that level of strength is acquired, absolute/relative strength should be the focus of any athlete. It is the basis of any properly structured strength and conditioning program.  Everything else being equal, which they never are, the strongest athlete wins.

Now that’s not to say that there aren’t subtle differences between the way you train a football player and a baseball player. There are certain muscular imbalances inherent to each sport. Baseball players for example usually suffer pattern overload in their throwing shoulder. Football players generally require more muscle mass, and must be trained accordingly. That doesn’t mean that their entire strength training program is specific to their sport. At the end of the day, a squat is still a squat and a deadlift is still a deadlift. Gravity doesn’t care what sport you play. 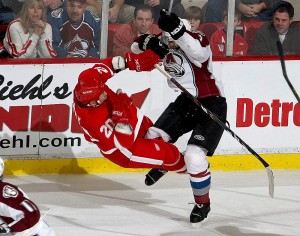 Sports is about Force Production

The other thing that this particular group of parents wants for their kids is SPEED. They want their kids to be FAST. They want to know what kind of speed program I am going to put them on. Whenever I hear that question it is hard not to point to the squat rack and say “I am going to teach your kid how to squat right, and I am going to make them stronger.” More often than not, in younger athletes it is just that simple.

One of the best examples of this is something Jason Ferruggia did with two of his college athletes.  Their strength training for an entire summer involved nothing more than doing two sets of squats each week, and then prehab work consisting of single leg work and glute hams.  Both athletes increased their squats by 90 and 110lbs respectfully.  And they both set personal records in the 40.  Keep in mind these are College athletes.  Think of how much younger athletes would benefit from such simplicity. 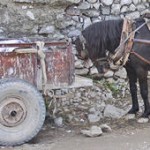 In for a LONG day

The bottom line is, In both these examples these parents are putting the proverbial cart before the horse. They want their kids doing sports specific training, and speed training. They want them using bosu balls, trx cable systems, running with parachutes, and whatever other new fad they have red about in the latest Men’s Health. Yet they overlook the fact that “little Johnny” can’t do 10 pushups, or even ONE full range pull up.  Their child does not possess the proper level of strength to build skill upon. As Charles Poliquin always says, “you can’t fire a cannon from a canoe”. All the super sport specific training in the world will have little effect on their child’s performance until they cover the basics.