While I know that I have already written The Truth About Internet Judges, just consider this it’s epilogue.  While writing the That’s One Strong Mother… article, I included the above video.  It shows Marisa Inda deadlifting 335lb @114lb.  Obviously, it’s a lift as awesome as Marisa is herself.

However, as previously stated, when you do something awesome people are going to be critical.  Apparently that is just the world that we live in these days.  And true to form, a beautiful mother of 2 deadlfiting almost 3X bodyweight qualified for unsolicited criticism.

Now normally I try to avoid these discussions since they generally go nowhere.  Whoever is criticizing is only doing so because they are projecting their own issues.  And let’s be honest here, this is a beautifully intimidating feat of strength to some.

So here is the reply that caught my attention…

Jason Fyda – eeeeek! I don’t think a strength coach or a judge in a weightlifting competition would count either of these as a rep with that rounded back. If you are inspired by this as a weightlifter, that is great, but please refer to someone with better technique to follow and learn from. 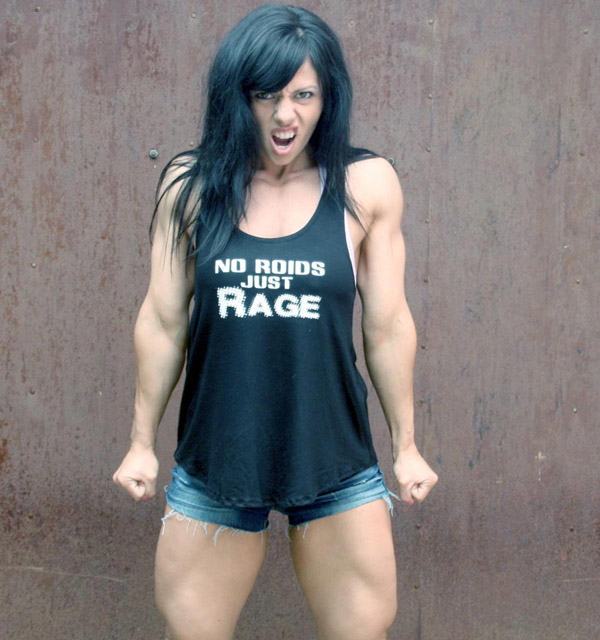 If you actually read what he said, I hope your head doesn’t explode.  I think mine almost did, which is why I chose to reply.  My reply…

1st. This is NOT a Deadlift Tutorial it is a successful PR Attempt

3rd. On a Max Effort attempt form breaks down, you cannot have 100% Effort and Perfect Form.

4th. In a Powerlifting meet this attempt would pass with 3 white lights, they don’t judge form they judge locking the weight out which she did.

Is it too much to ask that people KNOW what they are talking about before they attempt to criticize people?

Honestly, I was not trying to attack the guy.  I was just trying to calmly point out the errors in his observations.  And if my head almost exploded after his first reply, his second reply literally blew my mind…and made me very sad for the state of affairs in the Strength and Conditioning Community.

Jason Fyda – Form breaks down, lift doesn’t count, unless it is in a crossfit class, then I guess you just do whatever you want. Your second point makes no sense. Third point, then you just aren’t strong enough, go back to training. I guess I am not a ‘powerlifting’ judge, But I am a Certified Strength and Conditioning Specialist, a USAW weightifting coach, exercise physiologist and I have been training as an athlete for more than half of my life (I am 30). I’d say I have a pretty good idea of how to DL!

I am sure you can tell why I almost had an aneurysm.  This was NOT some 18 year old keyboard warrior.  This was someone that invested in their education.  This was someone that is certified by the NSCA to train people, and also a qualified USAW Weightlifting Coach.  As it turns out he even played D-1 football for a prominent program.  So the fact that he got this so wrong saddens me about the return he got on his investment in education.

I will leave you to go and read the remainder of the discussion if you like.  Who knows where it will go from here.  I just think it is a sad commentary on the Strength and Conditioning Community.  If this is the level of understanding that this higher education is turning out then we are in trouble.  A coach like Jason is trying to be a legitimate Strength and Conditioning Coach.  He has paid the money, and spent the time to get certified at the highest level.  Yet after training athletes for years, these are still things that are embedded in his way of thinking.  It’s more than likely not even his fault, it’s what he has been taught.  Unfortunately it’s wrong, and more unfortunately he paid for that knowledge. 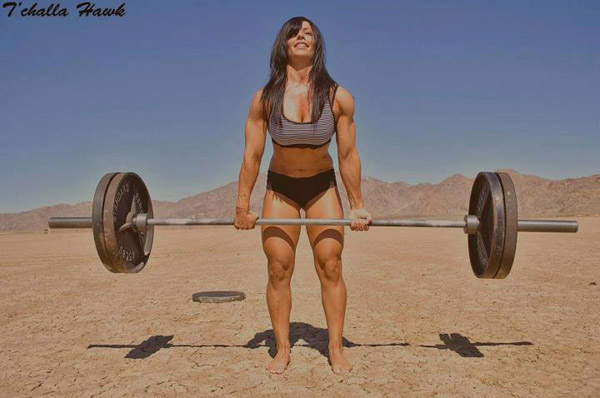 As far as the video goes, yes Marisa’s back rounds a bit on these pulls.  That is one of the points of Max Effort work.  First you test yourself to see where you are at.  Second, you look for where form breaks down so you know what the weak link is for you to work on.  To Jason’s point, is lifting with less than perfect form dangerous?  I can only answer that by saying that it’s NOT the safest thing ever.  However, whether or not it’s worth it is up to you.  Let’s face it, whenever you want to be Elite at something you are going to make sacrifices.  If you think about it, most sports can be dangerous.  Even Jason may have been effected by this.  He was an Offensive Lineman, and weighed 275lbs.  That is pretty much a requirement of the position.  Is it the healthiest or safest thing?  Not at all.  Does he more than likely have some nagging injuries from his football years?  Hopefully not, but probably.  Jason did and Marisa is doing what needs to be done to excel at the sport they are passionate about.

There are two things that I hope you take from this article.  Sadly, just because someone has a legitimate certification and a solid background does not guarantee that they know everything about Strength and Conditioning.  If you are looking to hire a coach, choose carefully.  More importantly, ignore the critics and do what you are passionate about.  We don’t choose our passions because they are safe.  We choose them because they are necessary to make life worthwhile.  Truth be told our passions usually choose us.  You have to realize that it is going to cost you something.  You cannot have laser like focus on multiple things.  So whatever you are focused on will cause you to have to ignore other things.  Whether or not it is worth it is up to you.  At the end of the day, luckily YOU are the only one YOU have to answer to.

The Truth About Certifications