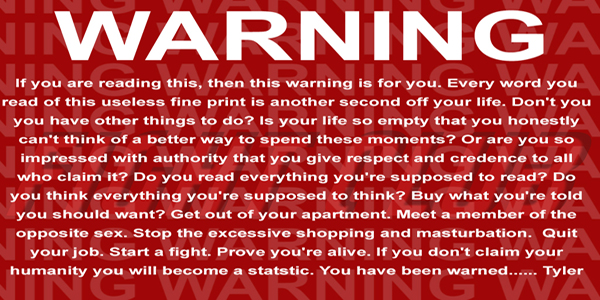 I have to admit that I am not a big fan of rules, and when it comes to strength and conditioning there are very few absolutes.  Despite what any of the Gurus say there are so many variables when it comes to humans and human performance that creating a one size fits all program is impossible.  Perhaps instead of Rules I should have said “General Guidelines of Strength Training”, but that title is so boring I fell asleep halfway through writing it.

Over the years, having trained many athletes and novices alike, I have realized that despite all the variances you can find a basic framework of ideas that apply to almost any goals.  Training optimally is an art form, and though each individual’s final masterpiece may be vastly different you still start off with the same basic fundamentals.  As a coach (or if you are programming yourself) your job is to first rough out a sketch.  Then as you progress you have to erase and modify to suit your individual needs until finally you have very clear lines of what works best.

Do NOT Get Anyone Hurt.  Any serious strength athlete knows that there http://youtubemp3now.com/no is fine line between intensity and stupidity.  I for one have been guilty of the latter in the gym more times than I care to count.  The truth is healthy competition in the gym is a good thing.  That is why the majority of people train better in a small group than they do alone.  However as productive as it is to walk that line, you have to be careful not to routinely temp fate by always crossing it.  If you are an athlete, the thing you have to remember is that the gym is NOT your field of competition.  The gym is just a tool to help you succeed.  If you are training athletes and they get hurt in the gym, you will not have a job for very long.  It is your job to maintain a certain level of controlled chaos.  You always have to monitor the risk to reward ratio.

You Are Going to Get Hurt.  No matter how safe of a training environment you have, accidents will happen.  And if you have your athletes using perfect form all the time, those “country club” workouts will NOT produce the same results as a “Balls/Ovaries to the wall, a fight almost broke out” session will.  Honestly if you have been in this game for a long time and haven’t gotten hurt you either haven’t trained hard enough or you have a horseshoe jammed up your ass that makes you lucky and keeps you from really pushing it in the gym.  The best advice I can give is to make sure you get hurt doing something smart.  For example we no longer do box jumps because too many athletes get hurt.  It just isn’t worth it.  Find the exercises that are worth getting hurt for, and push the hell out of them.

If It Is Important Do It Every Day.  People have this hysterical fear of overtraining, when what they should be worried about is undertraining and under recovering.  Look at Olympic Athletes.  They do the same core lifts EVERY DAY.  They also max out (almost) every day.  If you aren’t an Olympic Athlete then maxing out every day may not be the optimal approach.  However, if you have weak points that need to be brought up then more work is obviously needed.  The key to this is to add it to your warmup.  If you need stronger hamstrings then do Glute Ham Raises every day.  If your abs are holding back your squat or deadlift then do ab pulldowns.  The trick here is to concentrate on volume.  Over the course of a few weeks that weak point will become stronger.

Always Include the 5 Basic Human Movements.  As much as I accept there are few if any absolutes in strength & conditioning, the basic human movements are one of them.

When you break it down it really is as simple as this.  Unfortunately, the above list is based on the popularity of the movement.  For some reason we are all infatuated with pressing, the bench press specifically.  It should be obvious to anyone that it is the least important movement pattern, which brings us to the next rule.

Do the Shit You Hate.   If you want the quickest improvement in the shortest amount of time, then you have to do the shit you hate.  Think about it, the reason you hate an exercise is usually because you suck at it.  The fact that you suck at it is pointing out a weakness, and it needs to be addressed.  The cliché of only being as strong as your weakest link is true, and all the exercises that you suck at are weak links.  Here is the above list rearranged by order of actual importance.

Like I said, the press is the least important of the basic human movements.  If you want to get better almost immediately, prioritize your training according to this list.

Train with People Stronger Than You.  This one should be rather obvious.  Being around people that are stronger than you has a profound effect, not only on your training but on your way of thinking.  Have you ever noticed how Olympic World Records progress.  Whether it is the 400m or the High Jump there are always barriers that seem like they will never be broken.  Once someone finally breaks that barrier several people follow.  Chances are those athletes didn’t necessarily change their training, they just finally saw someone accomplish it and they knew it was possible.  The same is true with strength training.  If you train at a local fitness center and never see a squat over 225 lbs, then they thought of a 500 lb squat may seem overwhelming or out of reach.  If you train with people that routinely squat 500 lbs+ then it becomes no big deal.  It allows you to get over any mental barriers and focus on reaching your goal.  Not to mention the fact that people stronger than you can always push you harder than people that are weaker than you.  Never underestimate the power of having a rabbit to chase.

Realize That Greatness Requires Sacrifice.  This is one that I think people miss.  To be great at something you are going to have to make sacrifices.  To be “The Best” at something, you are going to have to suck at something else.  You cannot serve two masters.  I discussed this in Passion Trumps Everything.   You have to first decide what is most important to you, and focus on that.  You also have to realize that focus will inevitably detract from other aspects of your life.  If you want to be the best athlete you possibly can be, chances are your social life is going to suck.  If you try to live a balanced life, then it will be impossible to reach your full potential in one specific thing.  It is the nature of the beast, and people will either accept your goals or they won’t.  Ultimately you have to be the one to decide what matters most to you. 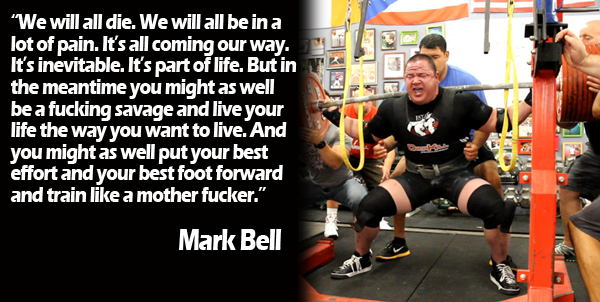 Have a Plan, but Don’t be Afraid to Improvise.  We all know that the body likes to be comfortable.  Your body’s main focus is on survival.  It could give a shit less what your goals are, and most of the time it will fight you as hard as it can to avoid change.  This is something to remember when you program your training.  It is important to have a plan and a direction.  However, don’t be so locked in that you are afraid to throw out a Wild Card every now and then.  It is good to go off script from time to time, and go on instinct.  Not only will getting into some kind of gym challenge with your training partners every once in awhile spark new growth, but it almost always results in a hilarious story to tell.  Just be sure to not go rogue all the time, as it will have diminishing returns.

Create Your Own Tyler Durden.  I remember watching the old Westside Videos on VHS.  For those of you that have never heard of VHS, please know that I HATE YOU.  However, one of the best lessons I got from them was when Louie was talking about the disconnect between the real world and training.  If you truly want to be the best, you have to leave the entire world at the door of the gym.  You have to become your own alter ego.  You can’t be worrying about your mortgage, your kids’ braces, or the local sports team.  You have to be 100% focused on the task at hand.  And not only that, you cannot take anything that is said in the gym personally.  Training partners have an obligation to motivate one another.  And to that end I am of the opinion that anything goes.  I can call your mother a whore if I think it will piss you off enough for any extra rep or any extra 5lb PR.  It doesn’t mean I think she is, it’s JUST BUSINESS.  You can be friends outside of the gym. In the gym, with the music blaring and everyone focused on getting better…anything goes. 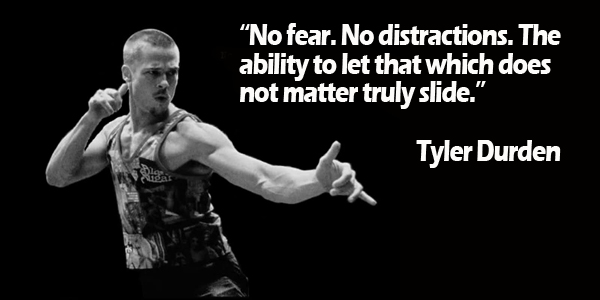 Now while this list may seem a bit simplistic I hope you found one or two that might help.  Even if they are just things you already knew you should be doing but aren’t.  Over the past 15 years of training people, as far as Top 10 rules of Strength Training I think these are a pretty good place to start.  If you think I have missed one feel free to share in the comment section below.  And better yet, if you already have an Alter Ego for the gym, feel free to introduce them.  My Alter Ego’s name is Hannibal, and to be honest…that guys scares the shit out of me.