What if I told you there was a particular muscle that controlled not only how fast you run, but how high you jump and how hard you can throw?  If you are an athlete that combination would probably be of interest to you.  Let’s face it, run, jump and throw pretty much covers 80% of all sports.  Ok, ok I made up that percentage, but it is obvious that those three movements make up a majority of what happens on the field of play.

Sadly enough many strength and conditioning programs only throw a couple sets a week at this muscle, while others just ignore it altogether.  Not only does that limit your athletic ability, it can also lead to muscle imbalances that will cause injuries.  Even if it didn’t improve athletic performance, preventing injury so you can stay on the field is one of the most important aspects of any strength and conditioning programming.

So what is this magical muscle?  It’s the rear delts.  Probably not what you were expecting, and now you are trying to figure out how the rear delts can help your run faster, jump higher or throw harder.

Speaking of arm action, did you know that arm swing contributes 15% to your vertical leap?  If you want to test this yourself simply cross yours arms and basically hug yourself to take your arms totally out of the movement.  Jump as high as you can with no arm swing.  Now use arm swing to jump and see how much of a difference it makes.  Yet again, rear delt strength and explosiveness is a limiting factor for arm swing. 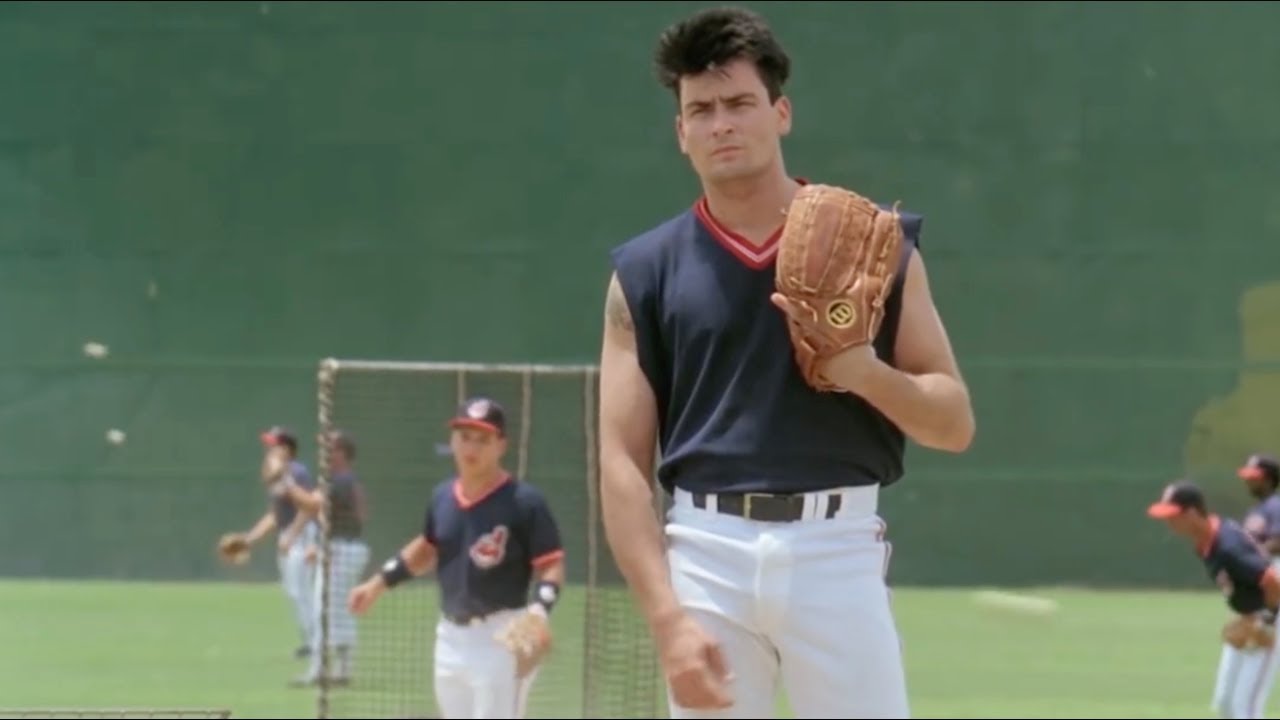 When it comes to the throwing motion, the rear delts role is a little different.  Think about throwing a baseball.  Doing your best Ricky Vaughn impersonation, your wind up, “give ‘em the heater” and then what happens?  Well hopefully they don’t hit one far enough to have an in flight movie.  As far as your arm is concerned though the next part is hitting the brakes.  Your arm has to slow down and eventually stop.  What muscle do you think is responsible for stopping your arm action?  For the most part that is the rear delts job, yet again.  Since your body is smarter than you are it will not let your arm outrun your brakes.  So if you have the arm action of Chapman and could hit triple digits on the gun, but you have the brakes of SLOWPITCHERNAME then guess what you are going to be throwing like SLOWPITCHERNAME until you get better brakes.  So what are the best exercises for rear delts?

Face Pulls – To perform the exercise attach a triceps rope or push down strap to the high attachment on a lat machine. Step away and place on foot on the seat for support. Arch your back and pull the rope toward your face with your elbows out. As you pull the rope back squeeze your shoulder blades together.  Try pulling to different locations to see what you like best. Keep in mind you are trying to target the upper back and rear delts not the lats.   This movement works best with higher reps (8-12) for multiple sets (4-5).

Band Pull Aparts – This is an excellent exercise that can be done at home for extra upper back work. Grasp a mini-band or light band and hold it out in front of you with a shoulder width grip. Your arms should be straight or just slightly bent. From this point simply pull the band apart until your arms are at your sides. Hold this position for a second and return to the starting position.

Seated Power Cleans – To begin grab a pair of dumbbells and sit on the edge of a bench. Start the movement by pulling your shoulder blades up and back. At this point, bring the dumbbells up while keeping your elbows at a right angle. Keep the reps between 10-20.

Incline Arm Swings – I don’t even know if this exercise has a name.  I found this video of George  Halbert doing  them and added them to my training toolbox.  Use a 30-40 degree bench and  face backwards on it.  The motion is exactly the same as the seated power clean just from a different angle and with a bit more momentum.

While those 4 exercises are really good at isolating the rear delts they are not necessarily my favorite.  They also aren’t necessarily the most effective since your training poundages are somewhat limited.  We all have to understand training economy.  It is always best to only use exercises that give you most bang for your buck.  The best way to do that is to concentrate on compound lifts over isolation movements.  Obviously if you are a bodybuilder you need isolation, but an athlete uses his whole body so it is more efficient to train that way.

I think the Power Snatch  is one of THE BEST exercises for athletes overall.  The Power Snatch is obviously a very dynamic exercise and works the body in a unique ways because of the explosiveness it requires and the wide grip.  It hits the lats and traps in a very different manner from any other exercise and is in my opinion one of the best exercises for strengthening the rear delts.  As I mentioned before, the problem with the other 4 movements I listed is that it is hard to add much weight to them.  Obviously you can use much more weight on Power Snatches than you can on a seated dumbbell power clean.

I plan to write more about overhead lifting in coming articles.  It really is a lost art form.  Holding a loaded barbell over your head activates muscle  that are seldom used. Whenever I start trainees on overhead work, I ask them the next day, “Where did you get sore?” The answer is always two places – the rear delts and high middle back, both are hard to strengthen.

I definitely have learned over the years that power snatches put less stress on the shoulders than power cleans, which makes them ideal for people who have some sort of shoulder problem or lack the flexibility to rack a power clean properly.  Not only that, but I think that learning to rack a clean is a useless skill.  What I always try to stress is that you are training to get better at your sport.  Any time spent learning lifting technique is somewhat wasted.  So when you choose between two movements, the one with the simplest technique should be favored.

So now you know if you want to run faster, jump higher and/or throw harder you need to train your rear delts more effectively.  More specifically you need to try to find room in your program for the Power Snatch.  So where do you add it?  My suggestion would be at the beginning of EVERY workout as part of your warm up.    You should perform the Power Snatch EXPLOSIVELY.

You can use the Power Snatch as an activation exercise to wake up your nervous system.  This will allows your muscles to contract harder once you get to the strength training portion of your workout.  This is what I mean by training economy.  By using the Power Snatch in your warm up you are building your explosiveness, priming your nervous system for stronger contractions, and working your rear delts to increase your athletic ability.  All from one exercise.

The Crossfit Model For Mediocrity