As we all know Tiger was absent from the recent US Open.  His injury has put him on the shelf for an undisclosed amount of time.  He has a lot of free time on his hands, and can’t swing a golf club.  So do you think that Tiger can increase your pitching velocity?  The short answer is, YES!  The longer answer involves one simple move that can add 5-10mph to your fastball.

As vastly different as some sports seem to be from one another, there are similarities. Don’t believe me? Get into an “athletic stance”. From that stance you can hit a baseball, take a snap from center, establish position in the low post, return a serve, hit a golf ball, etc. Truth be told there are only 6 distinct patterns for all human movement. They are pushing, pulling, rotating, bending/extending, squatting and single leg movements.

We have to keep this in mind when we are trying to correct mechanics in a certain sport. Why not draw from our knowledge of other sports?

Why do I mention this? Because when it comes to sports that require rotational strength and speed, there is a common denominator. Hitting a baseball, tennis ball, golf ball, or throwing a baseball, or football all put you in similar positions. And your ability to generate force in these positions can determine your level of success in your chosen sport.

There is one particular position that is responsible for generating a tremendous amount of torque in all rotational sports. The first time I read about it was in a golf magazine and it was referred to as “The X Factor”. Using 3D motion analysis researchers determined that the greater the different between the hip turn and the shoulder turn in the backswing, the more club head speed that was generated. They showed that Tiger and other pros had very minimal hip turn in the backswing relative to their tremendous shoulder turn. Now baseball has started to realize the same relationship between hip and shoulders as it pertains to pitching mechanics.  The latest studies show that 80% of pitching velocity is generated from this hip to shoulder separation.

Check out Aroldis Chapman, the flame throwing lefty for the Cincinnati Reds. His arm challenges the very limits of the human body, and he has the triple digit radar readouts to prove it. Just look at the huge shoulder to hip ratio. He is almost at foot strike, his hips are about to open to the plate and his shoulder is staying back as far as possible. Once his foot lands, he will explode around his lead leg, and pull his arm through the completion of the motion with all the force generated from the feet up. 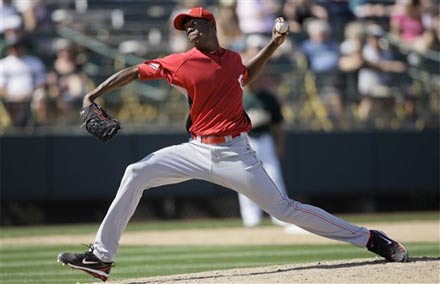 Now compare that to Tiger Woods’ golf swing. While the mechanics of the golf swing and throwing a baseball seem very different, again there are similarities. At the top of the backswing his hips have not turned very far from their original position, parallel to the target line. However, his shoulders have made a tremendous turn. And once again, it is the ratio of hip to shoulder turn that generates torque. Much like Chapman’s throwing motion, Tiger opens his hips to the target line on the downswing as his hands sit back and wait. Once his front leg straightens, he violently rotates around it whipping the club head through the ball at break neck speeds. 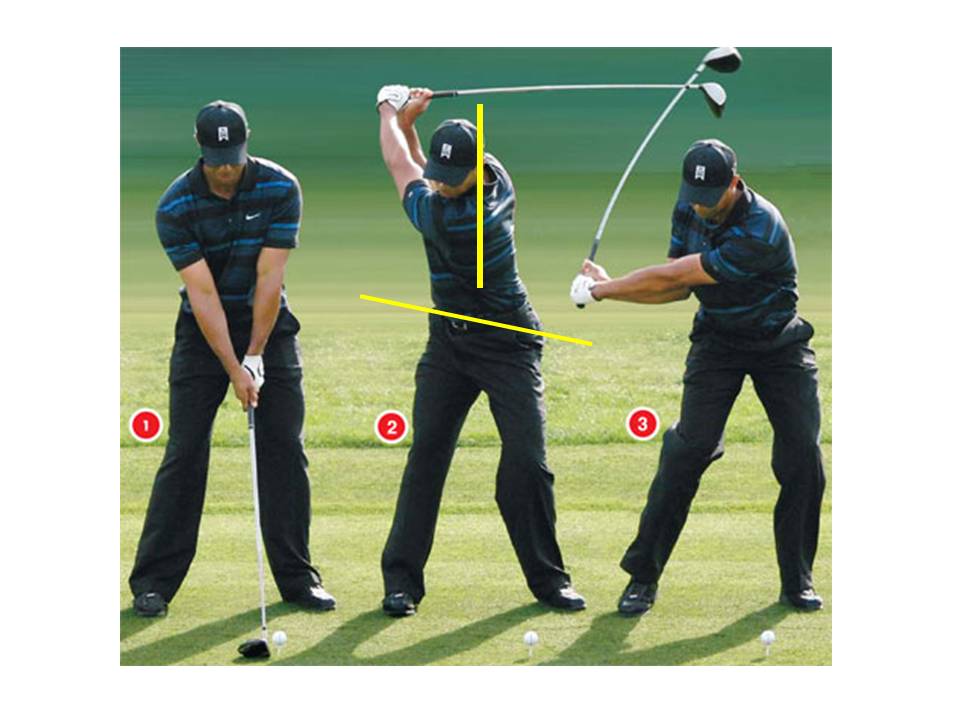 This is an example of where one sport can learn from another. If you want to learn how to increase your pitching velocity, do what Tiger and Aroldis do.  Coaches get so locked into one way of teaching that sometimes they become close-minded. It is our job as coaches to never stop learning. Training is constantly evolving and should always be fluid.  When you research athletic performance, don’t limit yourself to just one sport.  Coaches need to put their ego masquerading as tradition aside for the benefit of their athletes.

Check out this video analysis to see what I mean…

As you can see from the video, these are a few of the things to look for in your pitching mechanics that could help increase pitching velocity.  If you are still confused on how to improve your mechanics, I highly recommend you check out the only program I have seen consistently increase pitcher’s velocity by 5-10mph. It’s called 3X Pitching by pitching coach Brent Pourciau.

INCREASE YOUR PITCHING VELOCITY BY 5-10MPH

Trent Richardson is a Freak