The Truth About Functional Training

Let’s face it functional training has become one of the biggest buzzwords in the fitness industry.  This is due in no small part, I am sure, to the increased popularity of Crossfit.  Let’s face it, during the course of your daily life you never know when you might need to grab a chinup bar and flail around like you are having a stroke for time.

All joking aside, functional training actually has its origins in the rehab industry.  Patients going through occupational and physical therapy used functional training to retrain movement pattern that are necessary for their day to day lives.  More importantly, to get them back to work so they can be happy little workers, but I digress.

The problem is that once the fitness industry got ahold of the idea, they bastardized it into a broad generalization that has all but lost any meaning.  They stole rehab ideas like bosu balls and balance boards and decided to add weights to the mix.  And what happens when you do that?  THIS…. 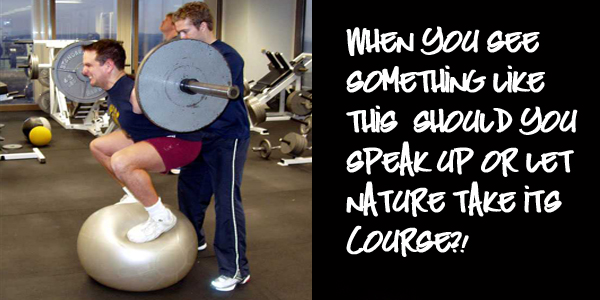 The funny thing about functional training is that people now use it to replace the work that they no longer wish to do.  What I mean by this is that before we lived such sedentary lives, we had no need for “functional training”.  People had to actually WORK for a living doing physical things.  You only have to go 100 years back to see what I mean.

These days the American Dream is to go to college.  You go to college to get a really good job, and by really good job I mean you work in an air conditioned environment, doing as little physical labor as possible, earning as much money as possible.  That combined with all this shitty food that is being consumed equals a bunch of fat Americans.  So what do Americans do?  Well they take all that extra money and invest it into a trainer that will force them to do all the work their college education allows them to avoid, and VIOLA’…FUNCTIONAL TRAINING.  The real irony is the net earnings are not that much greater.  And it uses up an even more valuable resource, TIME.  The kicker is that they will complain that they do not have time to eat right because of all the time their high paying job takes up, nor do they have money to buy organic (it’s so expensive).  Again I am a big fan of irony. 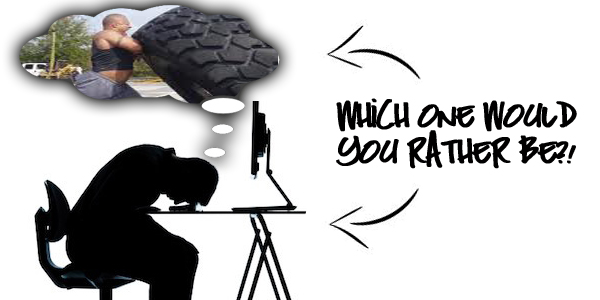 I really wish there was a way to conduct a study to compare the simpler life to the more complicated.  What if someone were to *gasp* take the more physically demanding job for less money?  They wouldn’t have as much need to find time in their busy schedule for “exercise”.  They would have less need of functional training, their overall health would more than likely be better, and they would actually be getting paid to do the things that others pay to have someone make them do.  It definitely would be interesting thing to test.

However, that is the current state of affairs and the concept of Functional Training is here.  And despite my little rant, I am in favor of it.  The truth is that if you have chosen a life that does not involve enough physical activity, then including functional training in your workouts makes all the sense in the world.

Then again the term itself is sort of vague and subjective.  The patients in occupational therapy do not all have the same type of training.  What is “functional” for one person is of little use to another.  Obviously balance and flexibility are at the core of what could be considered universally functional.  That is the actual origin of the term.  However, once you start adding strength and performance components to it, functionality becomes a bit more specific to each person.

So What the Hell is Functional Training?

“To be effective, a functional exercise program should include a number of different elements which can be adapted to an individual’s needs or goals.

As you can see the Wikipedia definition of Functional Training is open to interpretation.  A full Olympic Snatch would be considered functional training for an Olympic Weightlifter.  However, for a football player, a Power Snatch might be considered more optimal based on the risk to reward aspect of training.  Clearly the movements you pick are relative to your goals.  In that sense functional training is anything that gets you closer to your goals.

The truth is functional training can be defined in numerous ways.  Whether you are a weekend warrior, or a competitive athlete it is up to you to decide what your FUNCTION is.

I think for the sake of this discussion, functional training should be used in the more clinical sense.  In this case function refers to the basic movement patterns of the human body.  So under that definition the focus would be balance, flexibility, and strength in certain positions.  This leads us to a very interesting question.

What is the BEST form of Functional Training?

To be honest, I hate questions like this.  I know I am the one that posed it, and the irony isn’t lost on me.  I just pointed out what you were probably wondering.  The problem is whenever someone is looking for the “BEST” anything the answer is almost always “it depends.”  As I talked about in the previous article, the best way to achieve your goals really depends on what they are and where you are starting from.

However, as a VERY generalized answer I think that the best form of functional training for athletes would be Strongman Training.  Now why would I choose Strongman?  It actually is a very easy choice.  The very short answer is that is combines all aspects of sports such as strength, endurance, balance flexibility, etc.  More to the point the, with regards to functionality, it doesn’t rely on barbells and dumbbells as much.  Strongman training included lifting odd shaped objects.  It requires you to be strong in awkward positions.  The is precisely what is required in many sports such as football. 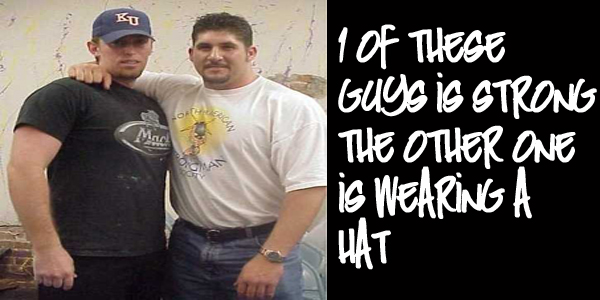 There is one other very important benefit to Strongman training.  It is a very hard lesson that I learned many years ago.  I traveled to Kentucky to train with Clint Darden.  If you don’t know Clint he is now a professional strongman competitor living in Cyprus.  Anyway at the time  I was between powerlifting meets, and felt relatively strong.  I had always been curious about strongman training.  I played around flipping the tire, and a few other things. 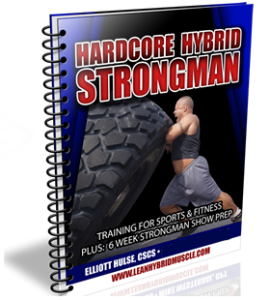 Then it was time for me to learn my lesson.  We did the Yoke Walk.  And honestly I can’t remember the weight.  It was somewhere in the 500lb range, which at the time didn’t really concern me.  I picked up the weight cleanly, and started to walk.  No Big Deal.  However, the lesson I was about to learn is that you can only hold your breath for so long.  Once you have to have more air you lose all that tightness, and suddenly that 500lbs feels like 1000lbs.  With the strength of my core deflated my steps got choppy, and I only took a few more steps before I had to drop the weight.

[Tweet “Strongman teaches you how to be Strong and Breathe simultaneously.”]

I think this is very valuable (functional) lesson for any athletes.  Neither the football player, nor the MMA fighter gets to wear their weight belt and hold their breath in their chosen sport.  They, like most athletes, have to generate power while breathing.  They have to be able generate maximum force from awkward angles.  This I believe is the very nature of functionality as it pertains to sports.

[Tweet “Strongman teaches you to do the best, with what you have, where you are.”]

Now I am not suggesting that you scrap your entire training program, and become a strongman competitor.  Though, let’s be honest that would be pretty cool.  I am merely suggesting you look into the idea of supplementing your training with some strongman events.

The Most Functional Strongman Events

Farmers Walk– This is a staple of any strongman training.  As I mentioned in a previous article, loaded carries are considering by many to be the most beneficial movement patterns to athletes.  So whether you are doing farmers walk, carrying a keg or sandbag for distance; adding some form of loaded carry to your training will make you a better all around athlete.  And the fact that you are more than likely not doing them means that the initial gains will be rapid.

Tire Flip– This obviously is the most recognizable strongman event.  I personally think this is one of the best movements for athletes.  It mimics the power clean to some extent, while not requiring you to catch the weight.  It also allows you to achieve triple extension, much like the Olympic lifts.  And lets not forget the sheer coolness aspect of flipping a heavy ass tire.  That’s gotta count for something right?!

Stone Loading– This is one that many athletes may not have access to.  However, if you do have Atlas Stones available I urge you to take advantage of them.  Stone lifting is somewhat similar to the tire flip, except that they weight (stone) is supported by the forearms.  You have to bearhug the stone throughout the entirety of the lift.  And depending on the height of the platform you are lifting to it requires a great deal of flexibility, and again strength in awkward angles.

Obviously there are many other Strongman Events that could be considered very functional.  That is the nature of the sport.  I also like the fact that most strongman training is done outdoors.  I think that is a benefit if for nothing more than the megadose of Vitamin D that is included.  That is yet another negative effect of our sedentary indoor lifestyle.  We don’t spend enough time outdoors.  Yet again, strongman training can serve to remedy this issue.

Because of the lifestyles many of us lead, functional training has almost become a necessity.  We have to retrain ourselves to move optimally; when so much of our time is spent sitting at a desk.  I personally believe that if you want to increase athletic performance, restore some functional balance to your life, and just have some kick ass training sessions that you should implement some aspects of strongman training.  Who knows, you may enjoy the pain of strongman training so much that it becomes your new sport.  If that happens then by this time next year you will have probably grown an Epic Beard.  And it is a scientific fact Beards make your 10% Stronger and 25% Cooler.  Good Luck. 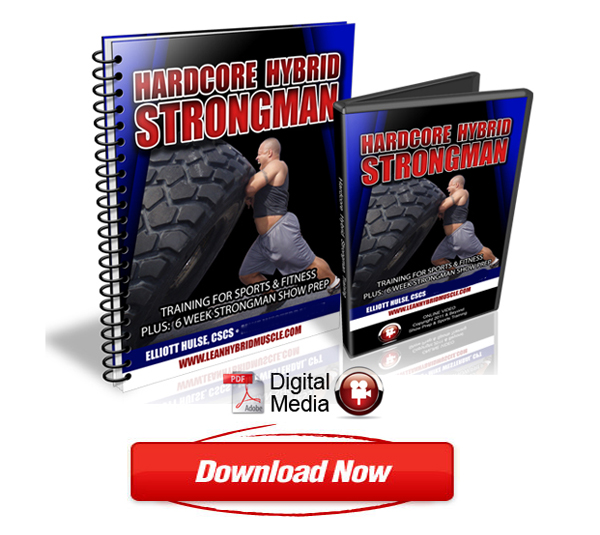